Most CNN architectures have been developed to attain the best accuracy on ImageNet. Computing power is not limited for this competition, why bother?

However you may want to run your model on an old laptop, maybe without GPU, or even on your mobile phone. Let’s see three CNN architectures that are efficient while sacrificing little accuracy performance.

The width multiplier (between 0 and 1) thins the number of channels. At each layer instead of producing $N$ channels, it will produce $\alpha * N$. This multiplier can be used to handle a trade-off between the desired latency and the performance.

Another multiplier exists: the resolution multiplier. It scales the input size of the image, between 224 to 128. Because the MobileNet uses a global average pooling instead of a flatten, you can train your MobileNet on 224x224 images, then use it on 128x128 images! Indeed with a global pooling, the fully connected classifier at the end of the network depends only the number of channels not the feature maps spatial dimension.

ShuffleNet introduces the three variants of the Shuffle unit. It is composed of group convolutions and channel shuffles. 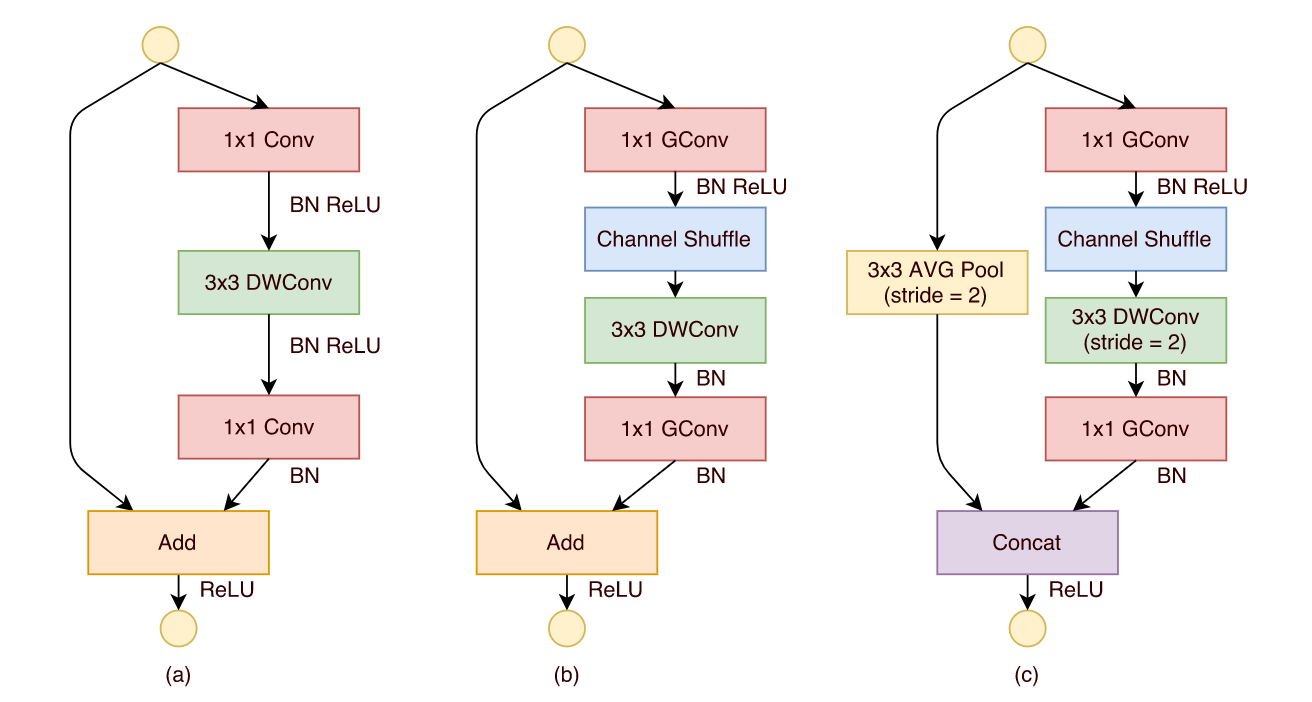 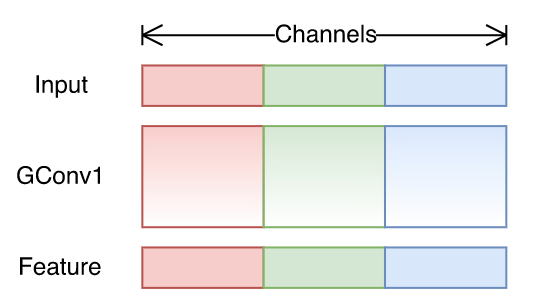 It was at first introduced by AlexNet (Krizhevsky et al, 2012) to split a network into two GPUs.

Finally the authors add a channel shuffle that randomly mix the output channels of the group convolution. The trick to produce this randomness can be seen here. 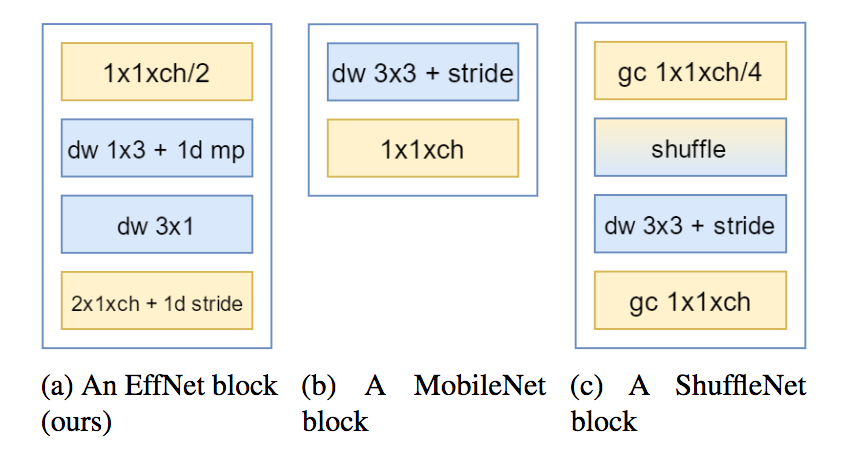 Another optimization done by EffNet over MobileNet and ShuffleNet, is the absence of “normal convolution” at the beginning: 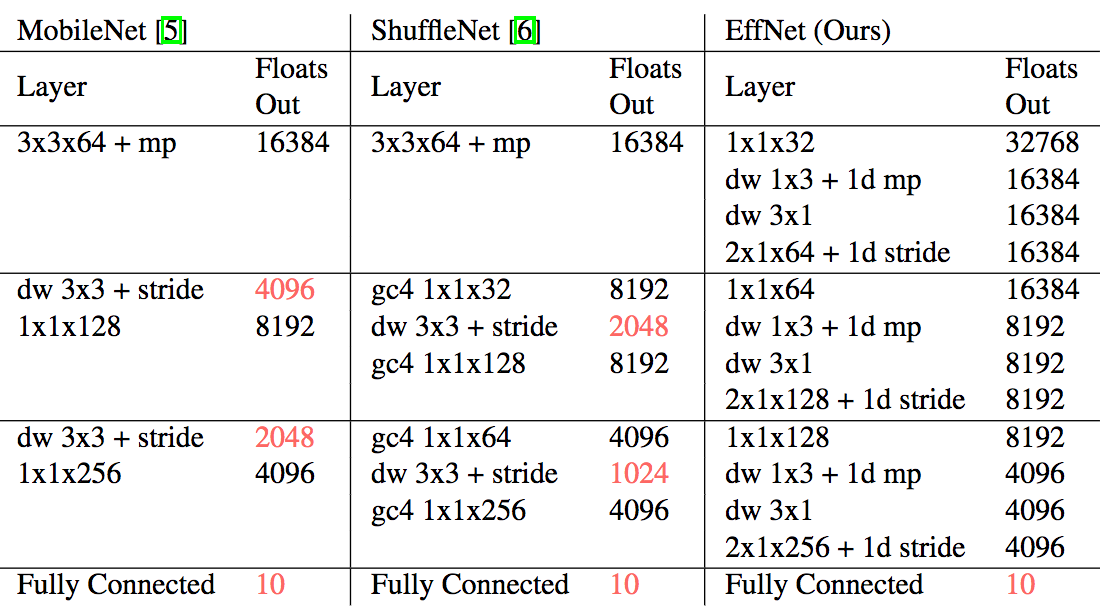 To quote the authors (emphasis mine):

MobileNet, ShuffleNet, and EffNet are CNN architectures conceived to optimize the number of operations. Each replaced the standard convolution with their own version.

ShuffleNet (github) uses pointwise convolution in groups. In order to combine the features produced by each group, a shuffle layer is also introduced.

Finally EffNet (github) uses spatial separable convolution, which is simply a depthwise convolution splitted along spatial axis with a separable pooling between them.

This article was at first published in Towards Data Science and has also been translated in Chinese!